It’s now been 30 years since the disappearance and presumed murder of Renata Wolanin and her loved ones are still no closer to knowing where her body has been buried.

During the early hours of 2 August 1989, Renata Wolanin walked out of her Verdale Road home at Linden Park almost two years after marrying David Wehner, a former US Army military policeman.

The 41-year old has not been seen since. Her husband reportedly told police that around 10.30pm they had a conversation about curtains and other renovations.

Wehner said he watched cricket, went to bed in the early hours of the morning and woke between 5am and 6am the next morning to find that Renata was not there.

Later that day, when Renata had not returned, Wehner began making inquiries with friends and neighbours, only to be told no one had seen her.

Renata had only just started a new job and did not arrive for work on the morning of August 2. She did not attend scheduled meetings that day and she made no calls to work colleagues.

While Wehner made contact with police at Norwood about 3.30pm on August 2, it was not until the next day he made a formal missing persons report.

Police have conducted extensive searches in the foothills close to Linden Park and Waterfall Gully, as well as excavating sections of the backyard of the couple’s home that she owned.

Wehner secured a $50,000 payout in 1992 from Renata’s estate, and he remained a person of interest until his death a number of years later.

A coronial inquest in 1990 heard evidence that Renata often had bruises on her face and that Wehner was involved with another woman.

A reward of up to $200,000 is on offer to anyone who provides information leading to the recovery of her remains. 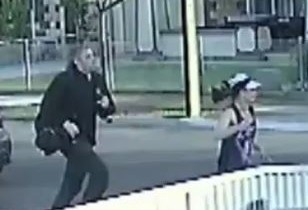