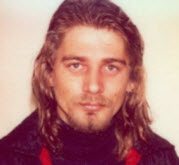 Rewards up to $200,000 will be paid by the Government of South Australia, at the discretion of the Commissioner of Police, to anyone who provides information and assistance that leads to the conviction of the person or persons responsible for the suspected murder of Neil Muir.

Neil Muir, aged 25 years, resided alone in a unit at Carrington Street, Adelaide.  He is believed to have led a transient lifestyle and moved regularly from place to place.  He was known to frequent a number of Adelaide nightspots including hotels in Hindley Street, the Duke of York Hotel and the Buckingham Arms Hotel.

At about 2.30 p.m. on 28 August 1979, two people were fishing in the Port River, adjacent to Mutton Cove, Osborne when they sighted two garbage bags, one inside the other, situated between the high and low tide marks.  Upon closer examination by the fishermen they saw what appeared to be the heel of a human foot, and reported this finding to police.  The contents of the garbage bags were examined by police where the body of Mr Muir was identified.

During the initial investigation a male was arrested and charged for the murder of Mr Muir, but after a Supreme Court trial was acquitted in 1980.

Anyone with information is asked to contact Crime Stoppers on
1 800 333 000, on-line or email an investigator.