It’s been 39 years since Peter Stogneff was abducted and murdered.

No one could have predicted back in 1981 that a teen boy planning to spend a day off from school would become one of South Australia’s most notorious murder investigations.

The 14-year old had originally arranged to meet his cousin in the city.

But a change of plans saw his cousin not make the trip into Rundle Mall, so whether Peter actually made the journey into the city remains a mystery.

On Thursday 27 August 1981, he was reported missing by his parents.

It was 10 months later that a remote property, 50km north of Adelaide would confirm the worst about what happened to the missing teenager.

As part of efforts to clear land adjacent to Middle Beach Road, Two Wells, a local farmer was bulldozing bushes and boxthorns. He returned to the bushes on 20 May 1982 and set them alight, with the fires burning for about two days.

On 22 June 1982, the farmer returned to the area and located a human skull that had become exposed amongst the debris. He returned home and contacted the police the following morning, with the skeletal remains identified as being Peter.

Information received during the investigation indicated that Peter may have been seen with a male adult at Tea Tree Plaza on the day of his disappearance.

That male has never been identified.

Police believe this murder is associated with other high profile killings commonly referred to in the media as the “Family Murders”.

A reward of up to $1,000,000 is on offer to anyone who provides information leading to a conviction in the case.

Anyone with information is asked to contact Crime Stoppers on 1800 333 000 or at www.crimestopperssa.com.au. 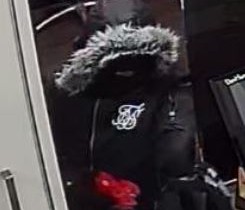 While the global pandemic has seen Australians of all ages turn to the internet to stay better connected, recent research…