Today marks the date that Adelaide teenager Lina Marciano was last seen alive – and while there is a strong suspect in this case, more is needed to charge the man with her murder.

At about 6.40pm on Wednesday 1 March 1978, the teenager left home on her blue and white Honda motorcycle to attend Greek dancing lessons at the Nailsworth Primary School.

While the 19-year old never attended that lesson, her motorcycle was located nearby in the Kentucky Fried Chicken car park opposite the Nailsworth Primary School.

Adding to the mystery, her helmet has never been recovered.

It was not until several days later, at about 9.30am on Saturday 4 March 1978 when her bound and gagged remains were found wrapped in a brown curtain in the Roy Amer rubbish dump on Magazine Road at Dry Creek.

The student teacher had been strangled, stabbed in the chest and bludgeoned with multiple blows to the head which had knocked out teeth.

It is thought that the attack was random, because it was only the second time Lina had attended the school for dancing lessons.

It is also likely that she was grabbed in the school grounds and murdered in one of the classrooms at Nailsworth Primary School.

A breakthrough in the case came in 1992 when a woman closely linked to the suspect made contact with police and provided vital information implicating him.

In a disturbing twist, that woman – who had been working as a cleaner at the Nailsworth Primary School – was subsequently assaulted on four separate occasions and told to “keep her mouth shut’’ by her unknown attacker.

In 2005, investigators searched a 100sq/m area in the grounds of Waldorf School at Mt Barker, where a classroom from Nailsworth Primary School was relocated in 1983. That classroom was dismantled in 2002 and the timber, including floorboards, was to be used for projects. It was hoped that the search would uncover Ms Marciano’s missing teeth, which may have been lodged between the floorboards. None were located.

While there is a strong suspect there is not enough evidence to charge the man with her murder. The now elderly man has been interviewed on several occasions and has provided a DNA sample.

A reward of up to $200,000 is on offer to anyone who provides information that leads to a conviction in this case. 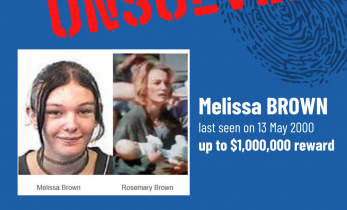